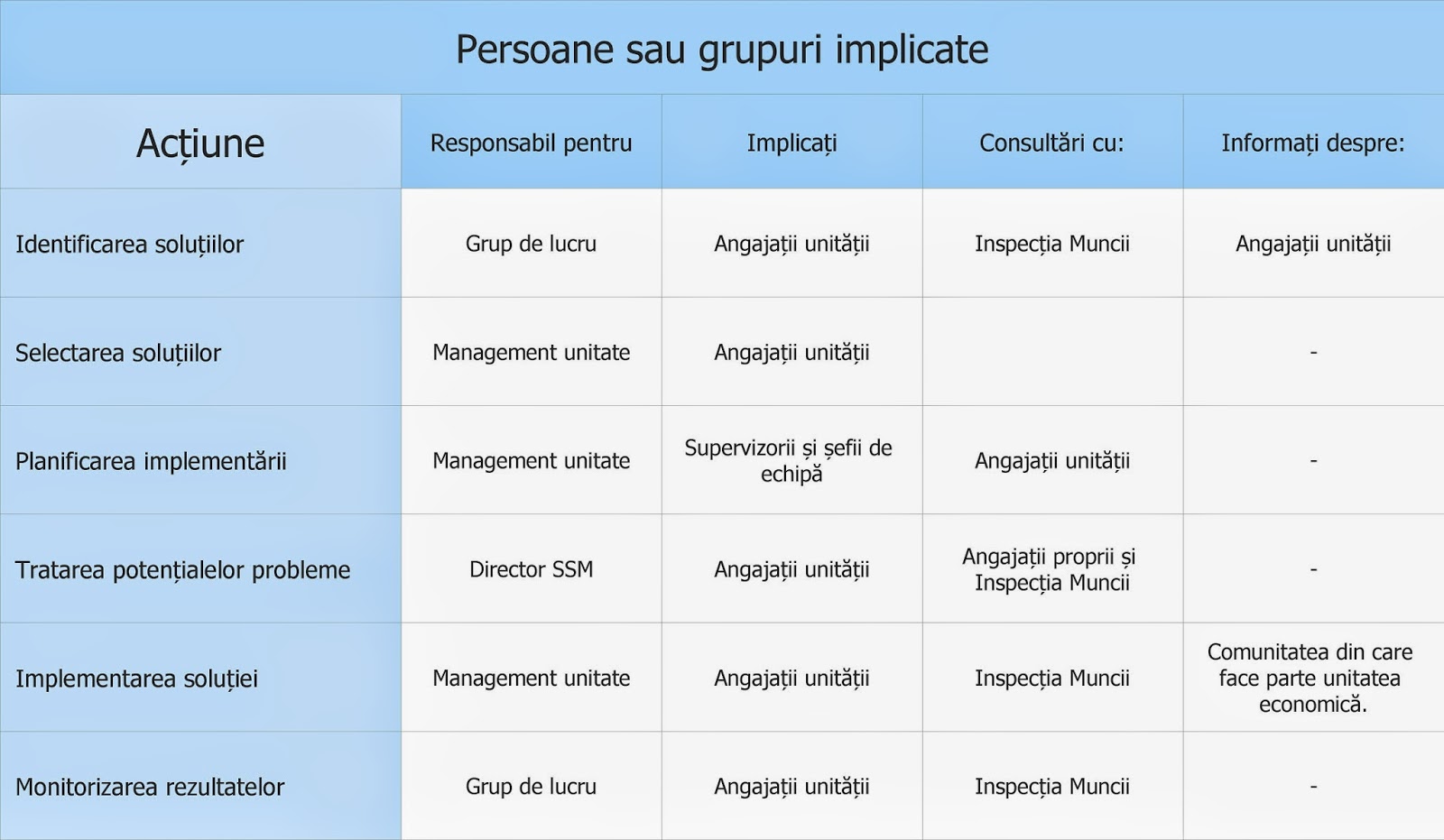 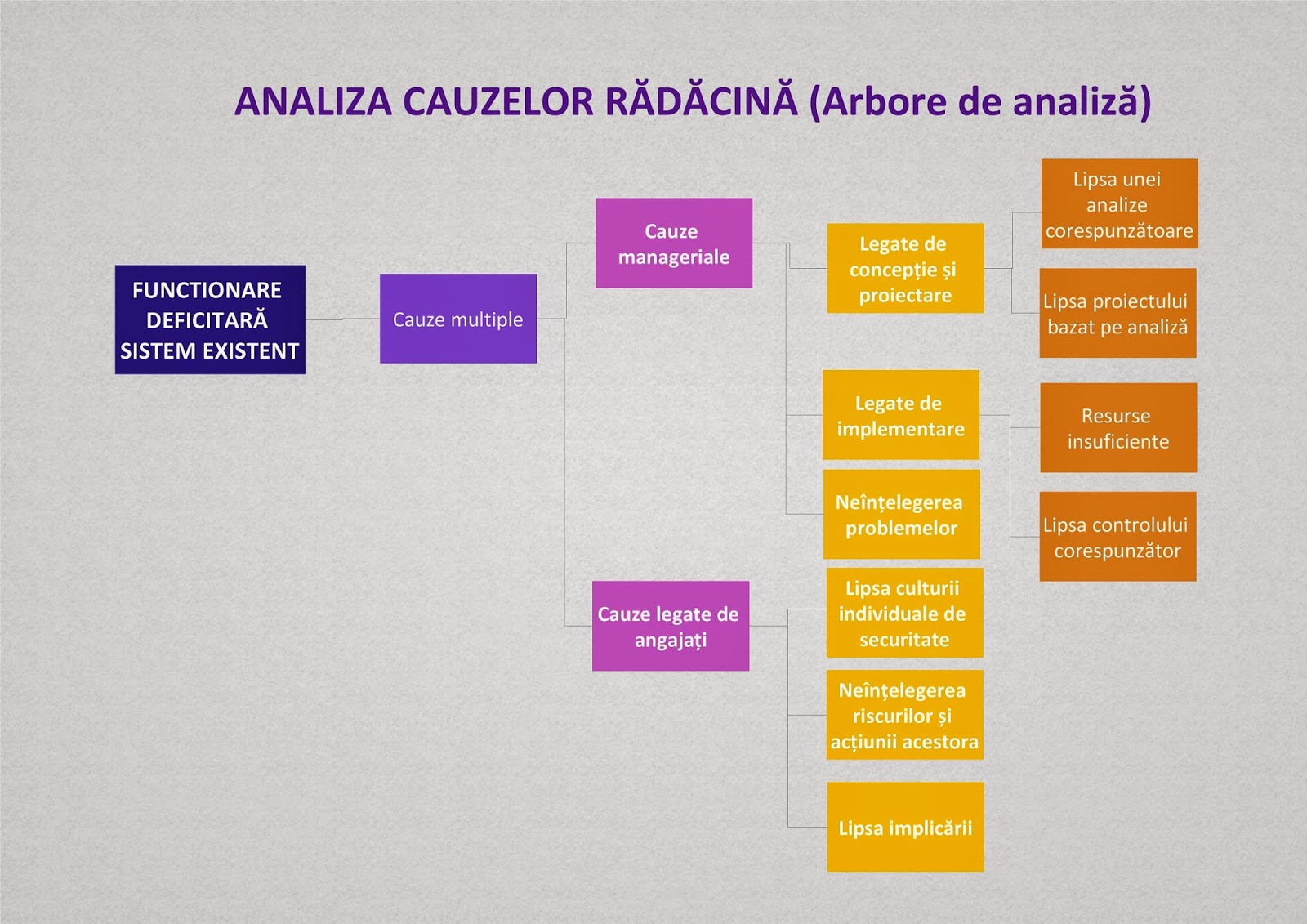 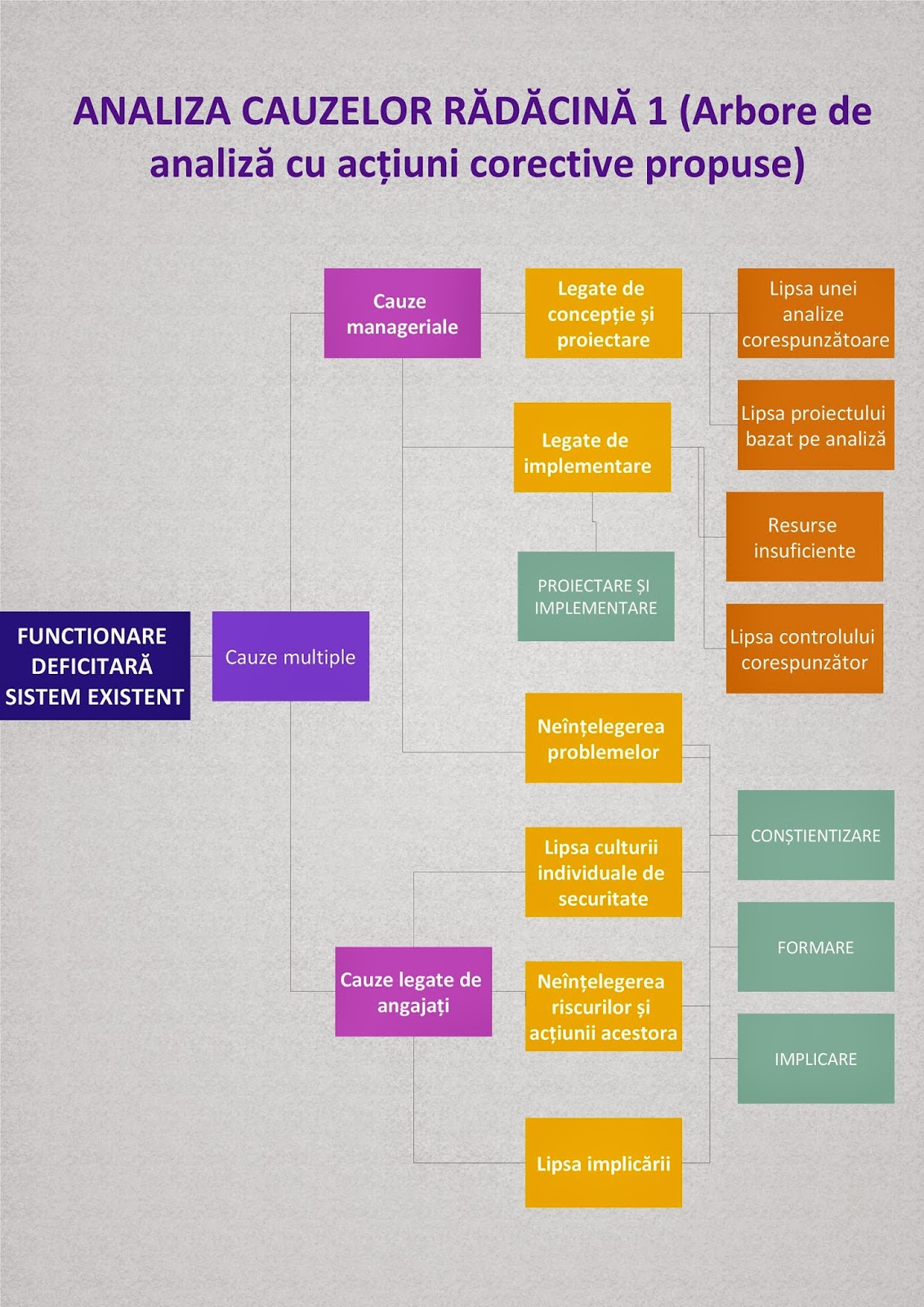 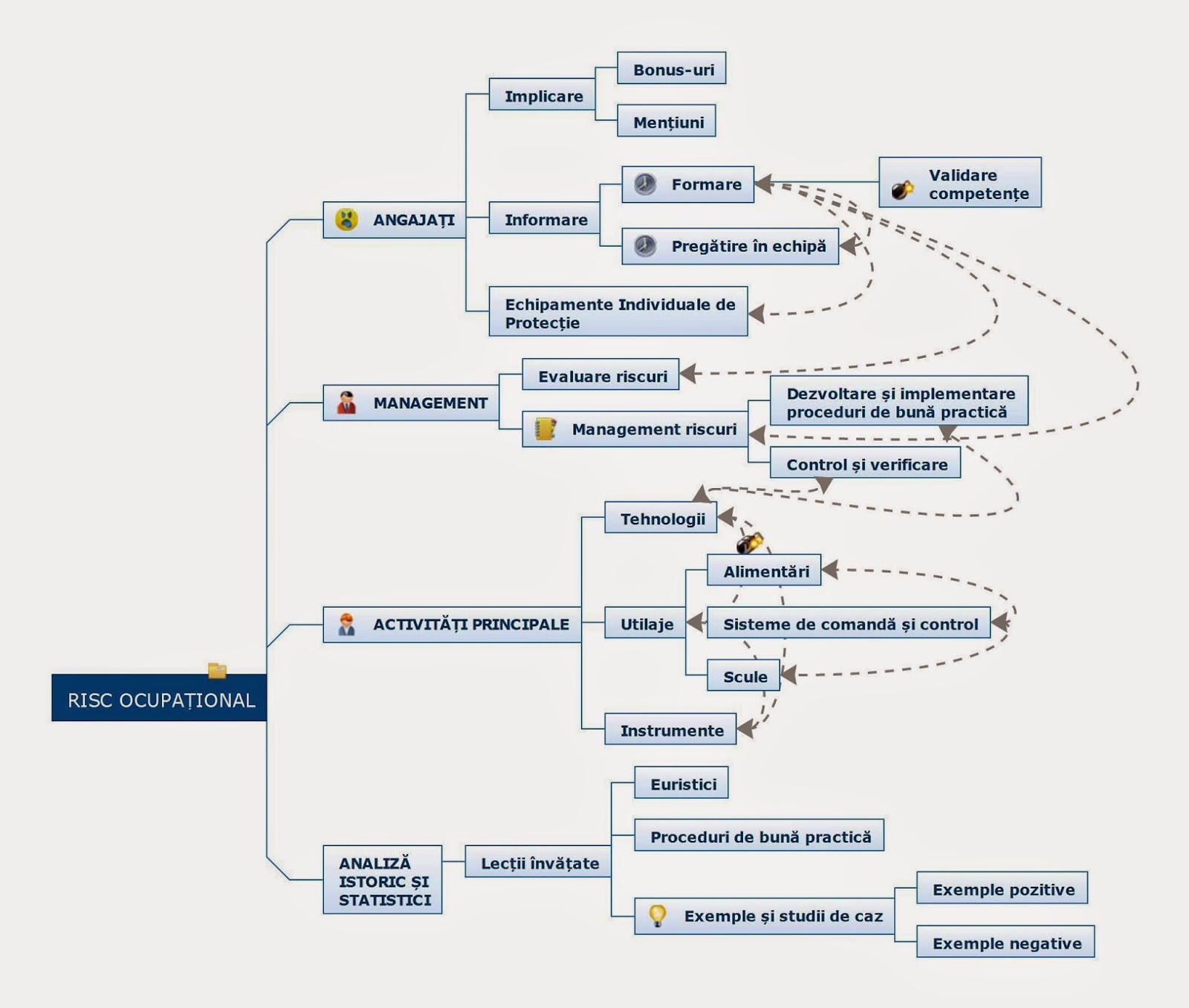 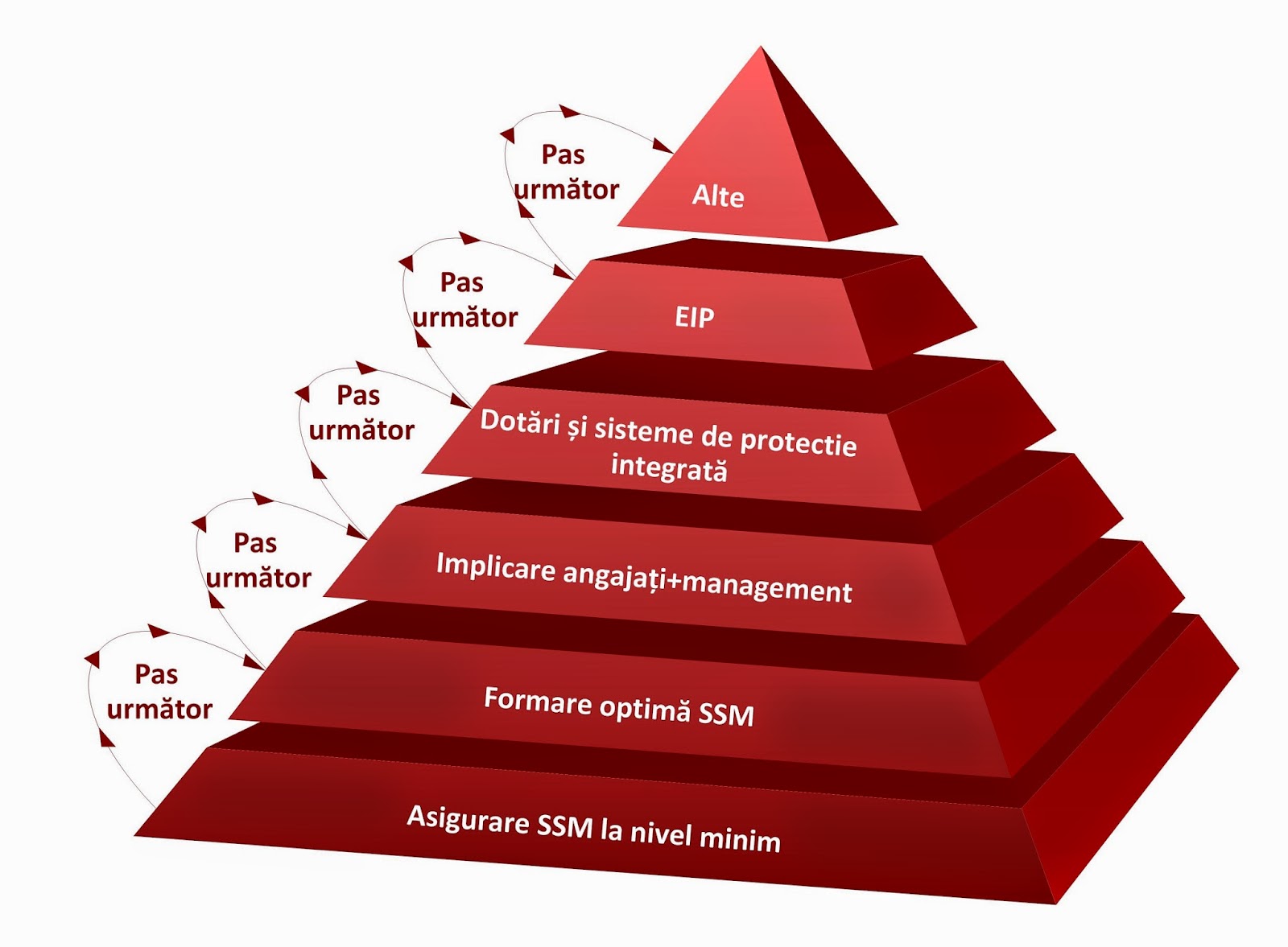 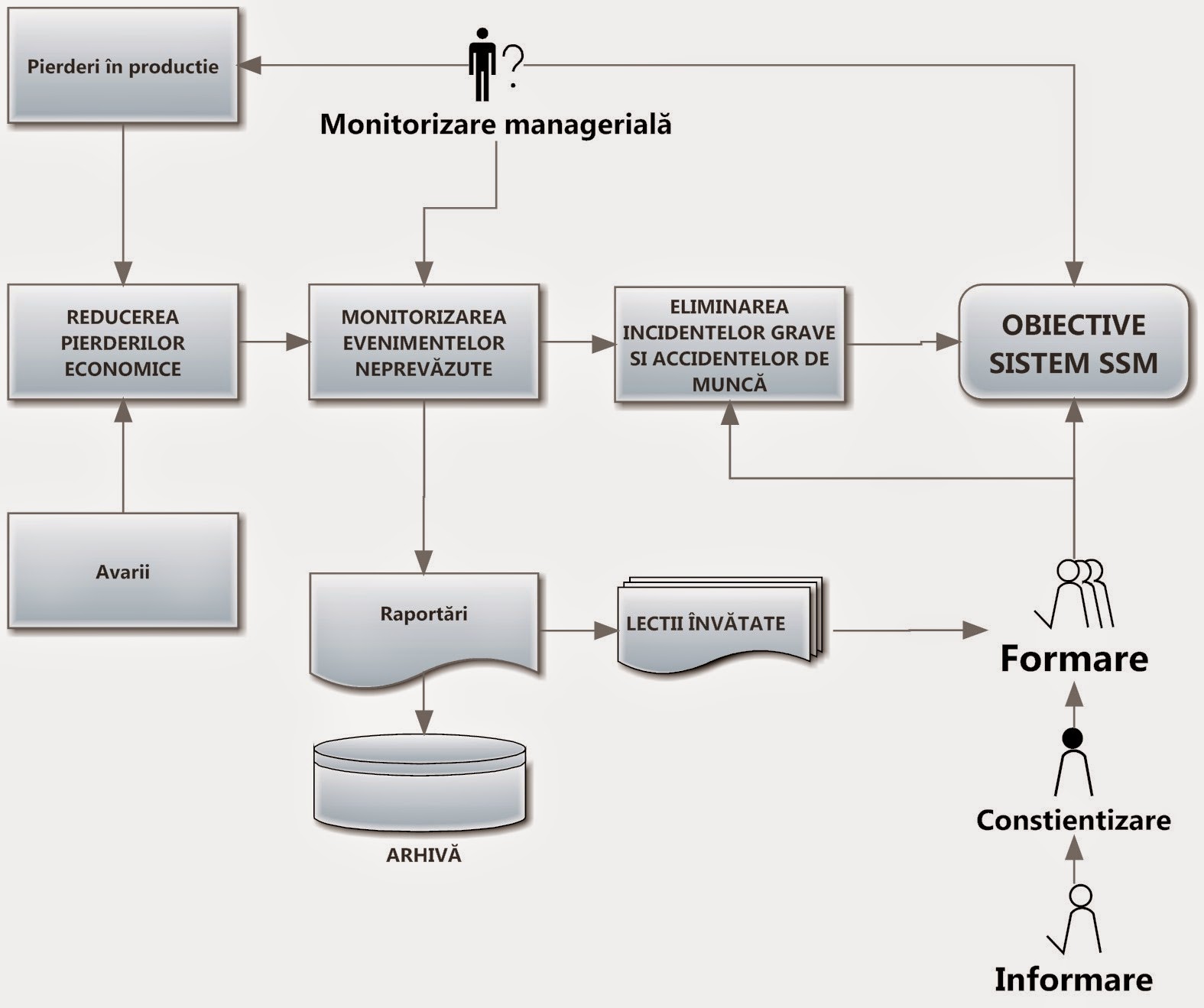 SAFETY EDUWORKS is  the EDUWORK  networking cluster for Occupational Safety and Health. Instead of doing it in the spare (free) time of the employees, employees could be trained during the actual work. This is money saving also for the management and assures a better safety training  for the employee. 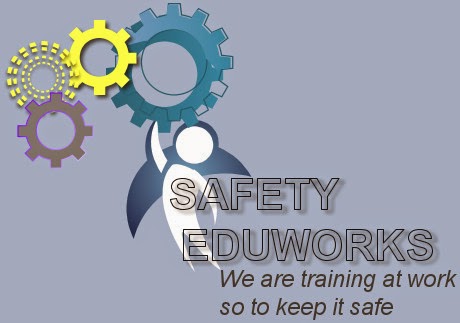 SAFETY EDUWORK should be based on a risk ontology- that should include the most  significant content , should be knowledge based and should be available for continous upgrades.
A key reason for using ontologies in risk research is that ontologies are offering structured means to represent risk as we know it today. Ontologies can specify the context in which risks occur, the hazards on which risk is based, the risk trigger and also the aftermath effects. Ontologies could be also a collaborative instrument- on which a lot of safety experts from various domains could give a hand in better understanding and better training. Ontologies are meaning:
1. Selected and processed knowledge in a proper form;
2. Continuous development and upgrade from various sources. Moreover, considering the need to have the main ontology public, the development tools are allowing to keep some specific parts of the ontology (like the ones that are involving IPR s  or process sensitive ontologies) out of the access of unwanted  readers.
This paper describes an initiative started with the late Trevor Ketz in 2004 and near the finish now- regarding the development of a safety seed of knowledge- as we conceived then like a knowledge base and in its final form as open risk ontology.
The usages of this ontology are focused mainly in the safety training process- that could be now planned on the map of the enterprise workplace and could be tailored to assure the specific notions needed in order to perform an optimal safety service- while not forgetting the eventual connections with more boarder terms.
Every term in the ontology is loaded with the necessary knowledge- as content when possible or at least as a link to the  content.
The next step in the development would be the on-line transposition and making the ontology multi-lingual. Moreover, the  enteprises that are implementing EDUWORK would use the instrument as the start-up basis for training planning and schedule.
The next figures are presenting some images with a test ontology.

We have experimented with a lot of ontological instruments till finding the most proper one- the one for EDUWORK. 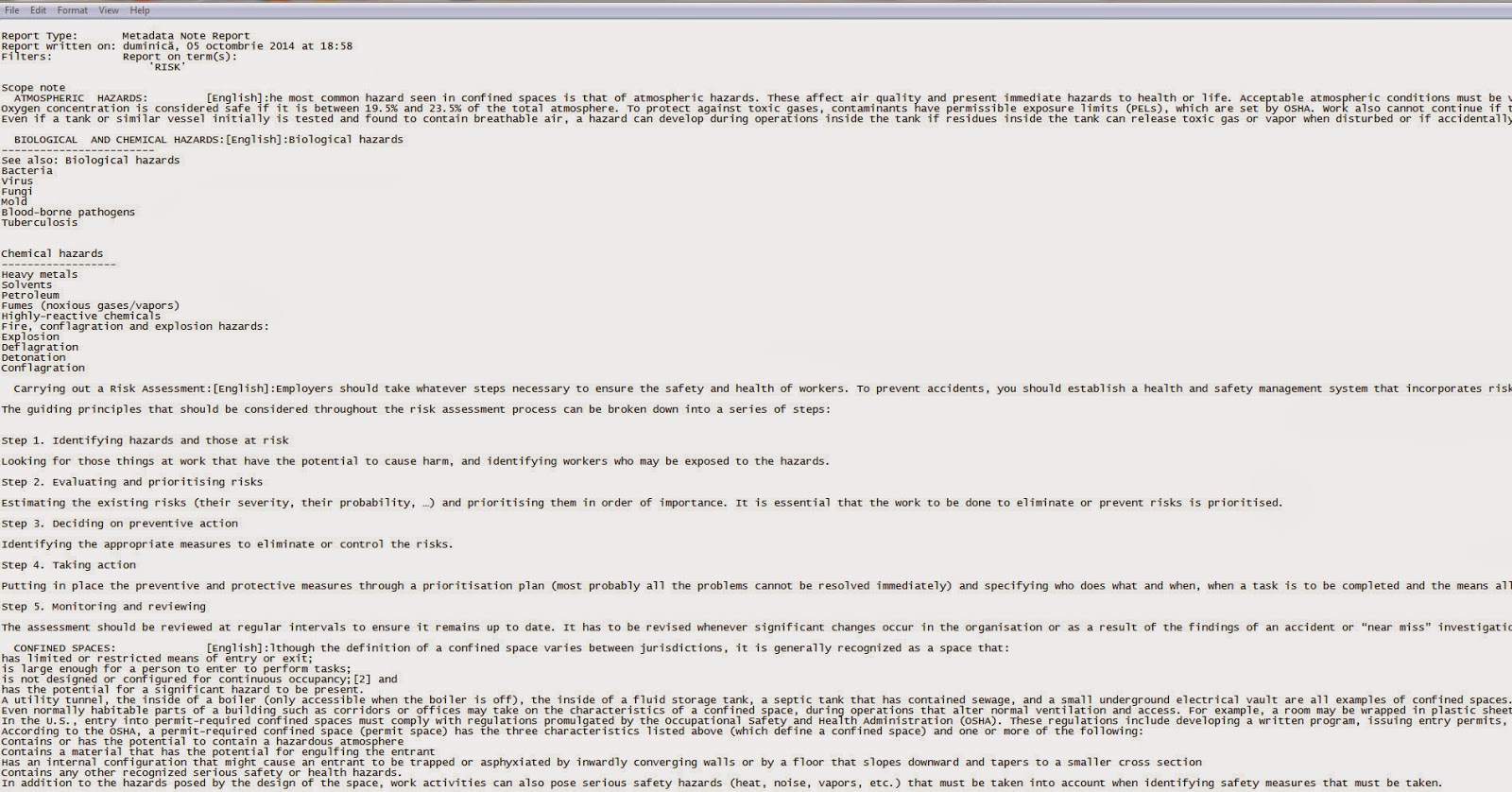 Finally we found a free and acceptable instrument- IHMC Cmap. Their Logo is presented in figure 3.

Cmap- as we have used it- works with Concepts and Links between concepts.
For every Concept there could be included additional resources (as doc, xlm and pdf files), links or short pieces of information. 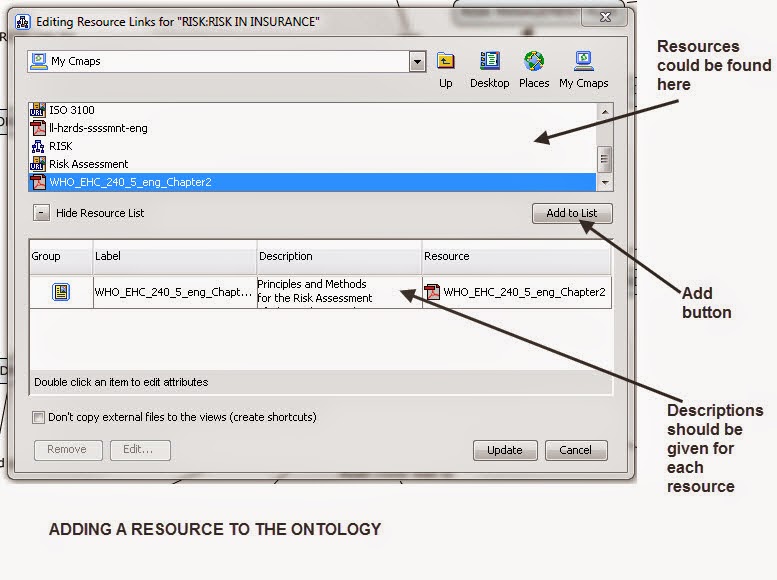 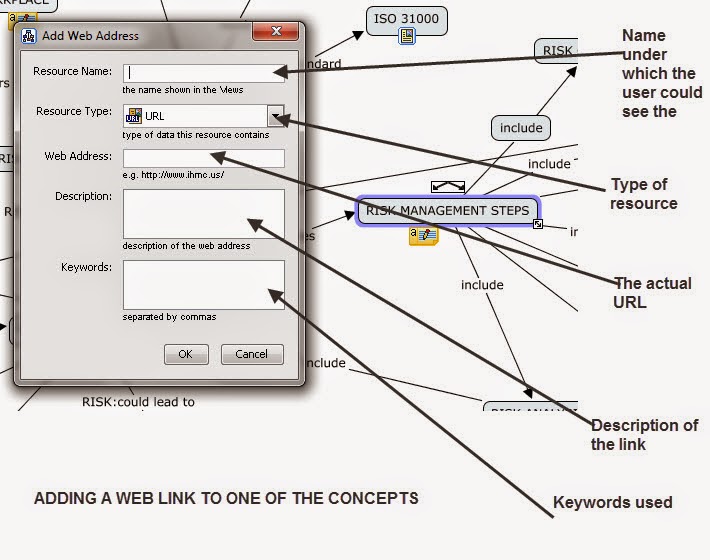 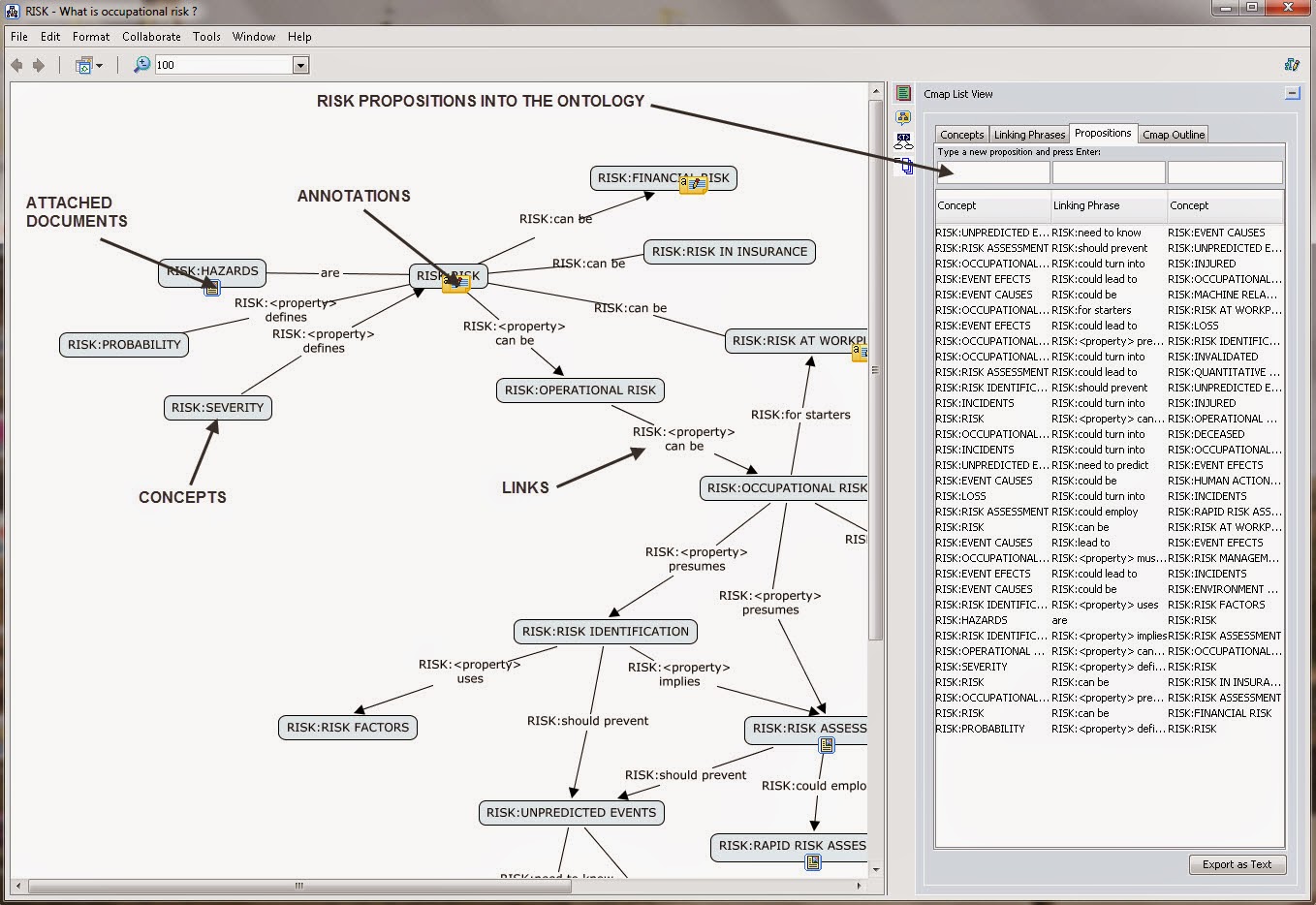 Figure 6. Identification of concepts on the ontological map

We found that  risk ontologies are extremely usefull given the restrictions of time and resources of EDUWORK. The learner could search after the training specific concepts inside the ontological map- together with the learning resources. Alternatively, at introducing a new concept- the map could be accessed in order to see the new concept place into the whole story.
A global image of the ontological map in one of the development stages is given below. 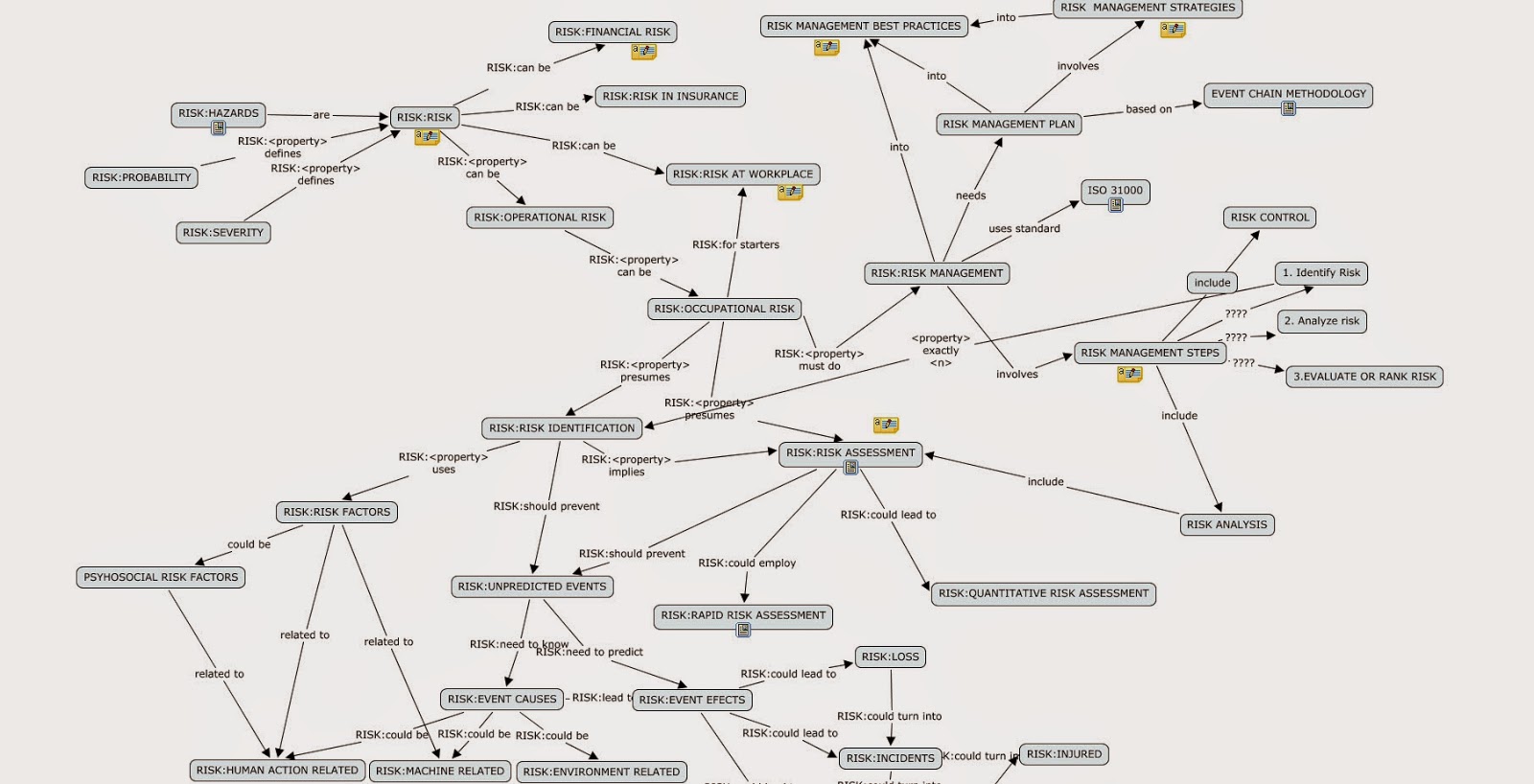 The ontology could be translated into a Web page- that could be accessed on-line by the students. Image 8 shows the capture from the site. 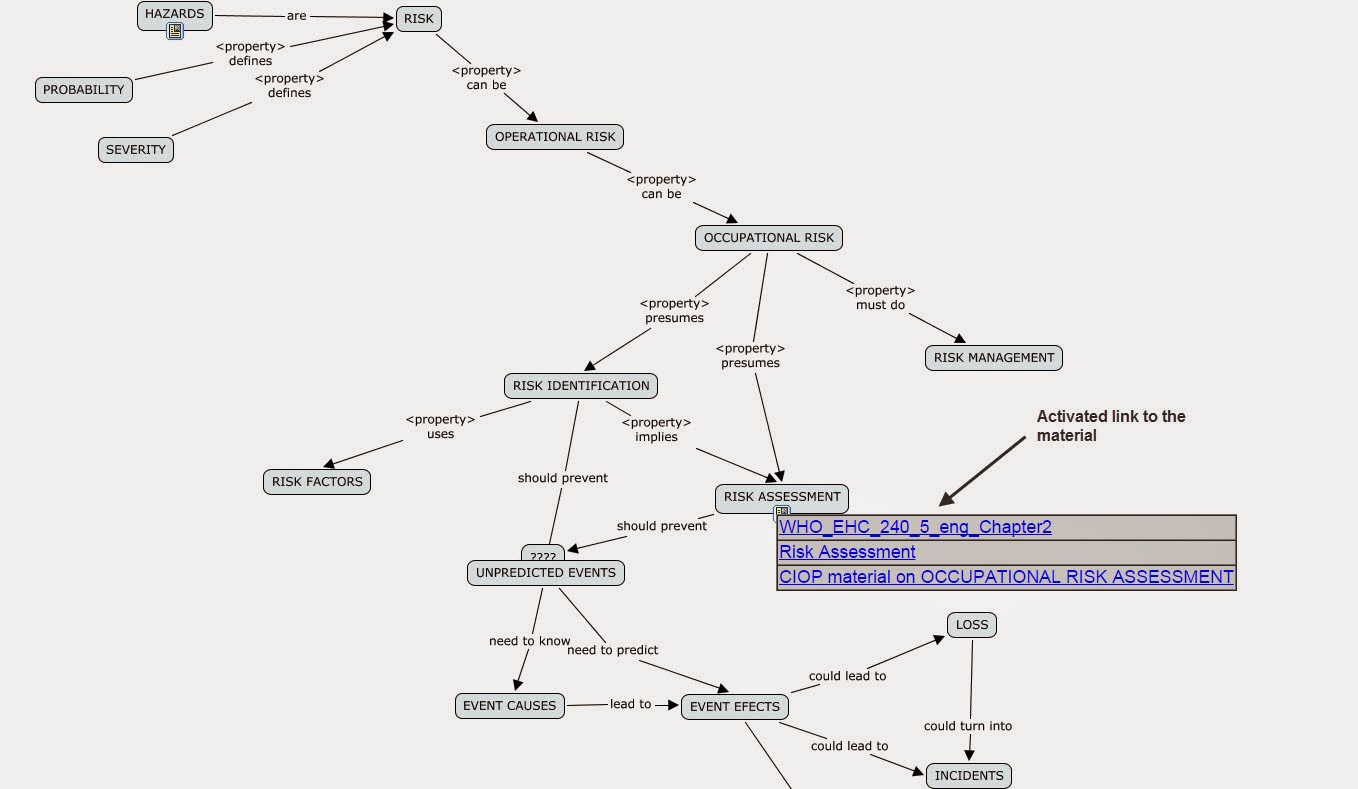 Figure 8. The ontology turned into an interactive site.

The resources could be accessed interactively.The resulting propositions inside the ontology could be illustrated like in the next figure. 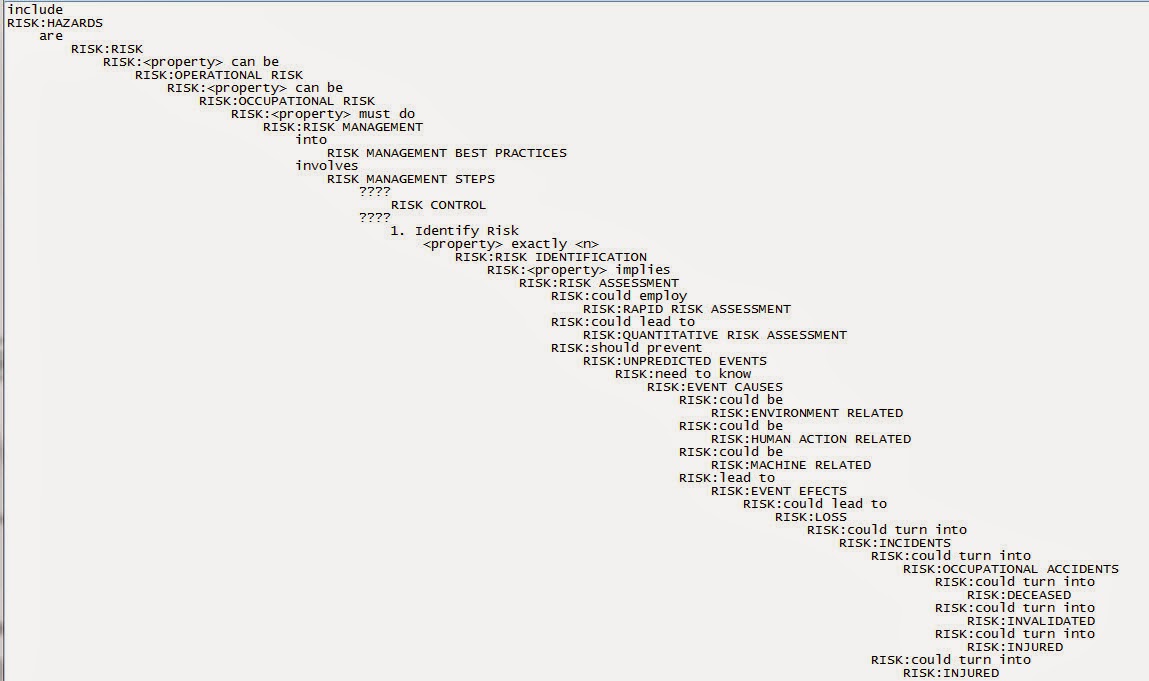 Figure 9. Illustration of the propositions of the ontology.

The ontological approach is a very useful one- in the wake of the training part of the system. The development of the training content could be made using the developed ontology which could guide the tutor in selecting and processing the best content. 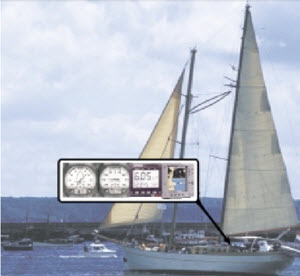